We’re back from holiday. We usually take Thanksgiving through mid-January off. (Psssst…you can do that when you have a thriving virtual health food franchise! Hit us up and we can show you how!)

Back to it now, I wanted to tag in real quick to leave you with a quick thought about obesogens! It’s a nasty word most people haven’t even heard!

We blame weight gain on eating too many burgers and burning too little fat, but scientists are discovering that the chemicals we’re exposed to every day are an enormous part of the obesity epidemic!

Called obesogens, or endocrine disruptors, these chemicals actually alter the regulatory system that controls your weight—increasing the fat cells you have, decreasing the calories you burn, and even altering the way your body manages hunger.

There are five MAJOR obesogens I’d like to discuss today.

Bisphenol-A (BPA) is a synthetic compound found in many types of products, including baby bottles, plastic food and beverage containers, as well as metal food cans. BPAs structure is similar to estradiol, the main form of the female sex hormone estrogen. As a result of their similarities, BPAs bind with estrogen and wreak havoc in the body especially for females. BPAs have consequently been linked to breast cancer.

Phthalates are chemicals used in manufacturing to make plastic more soft and pliable. They are found in food containers, beauty products, paint, shower curtains, toys, and pharmaceuticals. Studies have shown that men are especially susceptible to phthalates. Like BPAs, phthalates are endocrine disrupters. They affect weight gain by inhibiting hormone receptors called PPARs. PPARs are involved in metabolism. Studies not only show the weight gain connection but specifically the increase of waist circumference and insulin resistance. As you know, insulin resistance further compounds unhealthy weight gain. One study actually found that phthalate metabolites in the blood correlated with type 2 diabetes!

Atrazine is one of the most commonly used herbicides in America. It has been banned in Europe for more than a decade due of groundwater contamination. Atrazine is also an endocrine disruptor that has been linked to birth defects in humans! Here in America, there is an overlap between the areas that use the most atrazine and the prevalence of obesity. Studies have shown atrazine to damage mitochondria in rats, decreasing their metabolic rate and increasing abdominal obesity.

Organotins are a class of synthetic chemicals used for many different industrial purposes. One is a fungicide called tributyltin (TBT). It is applied to boats and ships to prevent the growth of marine organisms on the hull. It is also used in wood preservatives and some industrial water systems. Many lakes and coastal waters are contaminated with TBTs. Tributyltin is harmful to marine life and has been banned by various regulatory authorities. In one test-tube study, tributyltin was found to cause the rapid fat cell growth and reduction in their production of leptin. In yet another study, tributyltin exposure for 45 days caused weight gain and fatty liver disease in mice. There is also evidence that in utero exposure to TBTs may increase the number of fat cells, which may promote fat gain!

Perfluorooctanoic acid (PFOA) is a synthetic compound used for various purposes. It is an element of non-stick coating made with Teflon. It’s also found in microwave popcorn. PFOA has been discovered in blood samples of over 98% of Americans. It has been linked to diseases such as thyroid disorders, low birth weight, and chronic kidney disease. In a particular study, mice exposed to PFOAs while developing led to increased insulin, leptin, and body weight in mid-life. If you’d like to know more about this one, I highly encourage you to watch The Devil We Know documentary on Netflix!

Avoiding obesogens entirely is impossible in the modern world. However, there are a few things you can do to limit your exposure and also to detox your body of what you cannot prevent. Here’s what to do:

• Avoid foods stored or packaged in plastic containers
• Use stainless steel or quality aluminum water bottles
• Use glass not plastic bottles to feed your babies
• Use iron or stainless steel cookware instead of non-stick
• Use natural, organic cosmetics and household cleaning products
• Incorporate NUTRITIONAL CLEANSING into your health routine

Our nutritional cleansing system helps rid the body of toxins already stored in fat. This is also key in healthy weight management as the body stores toxic overload in fat cells. Toxic overload is the excess toxins that cannot be filtered and removed in a timely fashion by the kidneys and liver. In today’s modern world of toxin absorption via obesogens, wifi, cell phone, radio/tv waves etc, we are all in a TOXIC OVERLOAD scenario at all times. We are absorbing toxins at a rate faster than our bodies can naturally remove them. This is why it is nutritional cleansing is so important! For more information on nutritional cleansing, click here! 💪❤️💪❤️

This site uses Akismet to reduce spam. Learn how your comment data is processed. 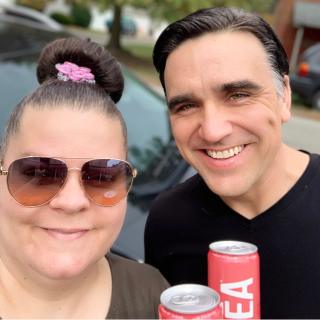 Coffee & Chocolate Lovers! You spend all year giving and taking care of others. Gift yourself a treat this year — you deserve it!